My heart was heavy when I heard news of the Tuesday morning terror attack upon Israeli security and police officers in the West Bank.  I was especially burdened because I was in the West Bank (Biblical Judea and Samaria) only a couple weeks ago and was so encouraged by what I saw and experienced there.

Our special trip on that day was into Samaria where I witnessed with my own eyes an incredible place where Jews and Palestinians work happily every day side-by-side in a cooperative effort we don’t often hear about in the media.  (Take time to read Into the West Bank and Jews and Arabs Side-by-Side…Despite BDS.)

I’m not so naive to think that, because I saw the “good” side of life in the West Bank, that terrorism doesn’t occur.  In fact, we went to an overlook, towering above Nablus, a terrorist haven.  So, we were vividly reminded that life in the West Bank can get messy, as it did Tuesday morning.

But the report still stunned me.  Partly because I simply can’t imagine why, when the Israelis extend the hand of peace and friendship to such a great degree, there are those who attack without provocation and for no known reason.  Please don’t misunderstand me.  Israel is not perfect…they have issues just like the rest of us.  But the reality is that many Palestinians are given decent, better paying jobs in Israeli-owned and operated companies than they would ever find in territories controlled by the Palestinians.  In fact, most prefer to work for Israeli companies where they are typically treated much better and paid much better. 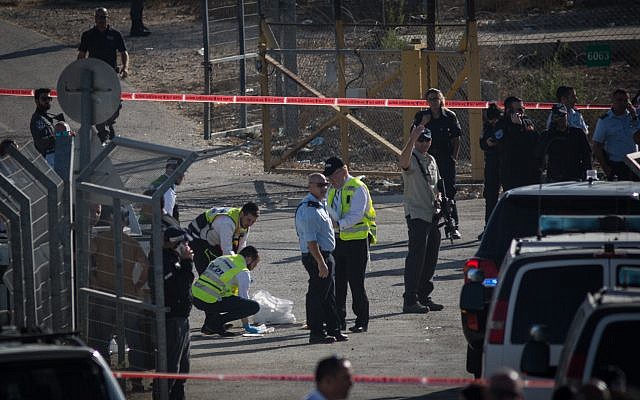 In this case, 37-year-old Nimr Mahmoud Ahmad al-Jamal possessed a legal work permit, but instead of making his way to work that morning, he pulled a gun out of  his clothing and randomly opened fire on Israeli security and police officers near Har Adar, killing three before being shot dead himself.  (That is the typical ending to a Palestinian attack.  One would think the payoff isn’t worth it, but the twisted mindset of those bent on terror is not easily understood.)

We did not travel through Har Adar that day, but the images of the cities and villages that we saw are still etched in my mind, as is the vivid remembrance of touring a factory where Jews and Palestinians were joyfully working together.  I’m saddened by this event, as it will almost certainly have an impact on the ease in which Palestinians are able to obtain work permits. 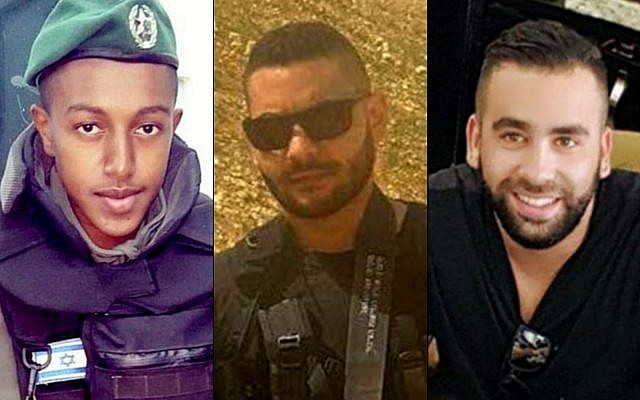 It also heightens animosity on both sides.  While the Jewish nation mourns the loss of three brave servicemen (and another wounded), Fatah and Hamas, the ruling parties in the West Bank and the Gaza Strip, applaud the attacks.  Islamic Jihad does likewise.

I am so glad I was there to witness cooperation between Jews and Palestinians, because news like this taints the reality that there are Palestinians who likely feel “stuck” in the clutches of oppressive tyranny.  It is confirmation to me of why the Bible tells us to pray for Israel.  Will you join me in turning this weekend’s Yom Kippur commemoration into a time of pleading on behalf of Jews AND Palestinians, that repentance will come, and that SOMEHOW the grace of God which has appeared, bringing salvation to ALL men (Titus 2:11), will grip the hearts and minds of Jews and Palestinians alike?

This week has been filled with debate over whether spoiled men playing a child’s game should stand or kneel.  Christian friends, let’s get on with what counts for eternity…will you kneel in prayer to the King of Kings on behalf of His chosen people and their neighbors?