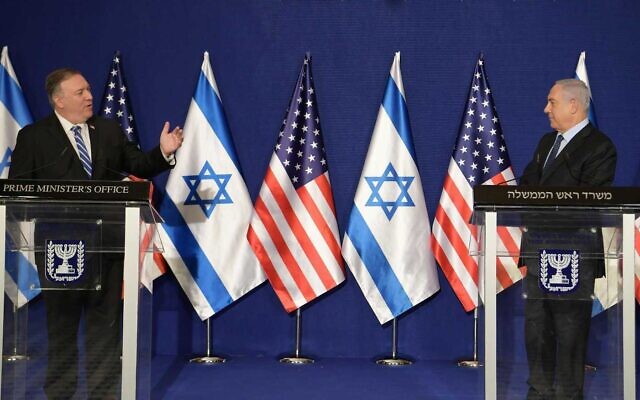 I love our Secretary of State, don’t you! Such a humble man, but one of courage, conviction and determination to do what is right. He represents America (and Christians) on the world stage perhaps better than anyone ever has. I pray God’s blessings upon him and his family.

In what could be his final trip to Israel in the capacity of Secretary of State, Pompeo and Israeli Prime Minister Benjamin Netanyahu spoke very warmly of their personal relationship, as well as the joint accomplishments of the two administrations over the past 4 years.

During their joint press conference, Pompeo announced the State Department’s official stance on BDS, labeling it a “cancer” and “Anti-Semitic.” Praise God for yet another very strong stance America has taken regarding Israel.

Continue to pray for these two men. Mike Pompeo is a strong, faithful follower of Jesus, and Benjamin Netanyahu is a Bible believer. I don’t know about his belief in Jesus as the Messiah, but my prayer is that the testimonies of men such as Mike Pompeo will resonate in the heart and mind of PM Netanyahu, and that, if he does not already, he will recognize Jesus as his Messiah, Lord and Savior!

Here is their joint press conference from Jerusalem: