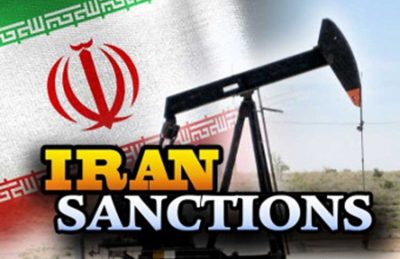 The Trump administration is reimposing crippling sanctions on Iran’s exports, oil and and financials sectors today.  These follow restrictions on purchasing US dollars, exporting of oil, and sale and trade of gold, graphite and precious metals, handed down in August.  President Trump calls them the “strongest sanctions our country has ever issued,” and Iran’s economy is reeling.

Timing of this round of sanctions not-so-coincidentally coincides with the anniversary date of the 1979 storming of the US Embassy in Tehran by angry Iranian students, resulting in 52 American diplomats held hostage for 444 days.

All this, just in time for mid-term elections here in America.

This is putting stress on EU leadership to hold the union together.  Denmark is now heading efforts to discuss sanctions on Iran.  Denmark’s Foreign Minister declared that Iran’s behavior is not limited to Denmark, and is urging other EU nations to “stand up to Iran.”

If that’s not enough, there are rumblings that President Trump is proposing a NATO-like alliance with Arab nations.  NATO is currently made up of several European nations, so this proposal has the implications of disregarding the EU and turning America’s interests in military partnership toward moderate Sunni Arab states, all equally committed to stopping Iran from becoming a greater military  threat in the Middle East.

Add to that, the fact Israeli Prime Minister Benjamin Netanyahu is aggressively pursuing partnerships with nations such as Greece, Croatia, Hungary, Bulgaria, Romania, Serbia and others, it appears clear that efforts are underway to rearrange alliances in Europe and the Middle East.

One of the things I find particularly interesting about developments in Europe is the growing division among EU members.  Britain has already exited and others are suddenly awakening to the fact that support of Iran may not be the wisest move.

Biblically speaking, Daniel 2 and Daniel 7 describe the rise of one coming out of the revised Roman empire, widely recognized as the antichrist.  Those chapters describe 10 horns (and 10 toes) that represent the European confederacy that will produce the evil one, and many believe the European Union appears to be the confederacy.  (More about that here.)  Currently, however, more than 10 nations belong to the EU.

But, if current attempts to realign confederacies in Europe and the Middle East are successful, we could easily see the EU stripped down to 10 nations, perhaps fulfilling Daniel’s prophecy!  It is definitely too soon to know that for sure, but events in our world today, whether in Iran, Europe or the Middle East, seem to be aligning with God’s Word!

Continue to watch and wait, knowing and understanding the signs of the times.  Our Lord is returning soon and everything we see points to that magnificent day!

2 thoughts on “US Reinstates Full Sanctions on Iran Today”