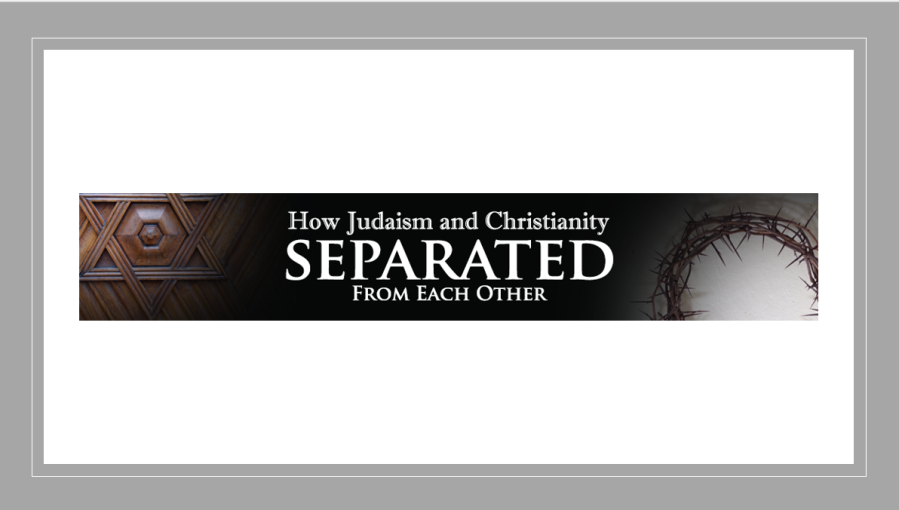 Welcome back to our study together! This is the third in a series of posts regarding the history of Jewish-Christian relationships and the difficulties of being a Messianic Jew (follower of Jesus) in Israel today. It springs from our month-long prayer emphasis for salvation of the Jews and One for Israel‘s mission to evangelize Jews and Arabs in the land of the Bible! (Prayer points are posted each afternoon, so check back daily for those!)

We started two days ago with What Does it Mean to be Jewish? The answer varies, according to how one chooses to categorize his or her Jewishness. Then, yesterday, we addressed the question, If the First Christians were Jews, What Happened? In those two posts, we began to realize the difficulty that comes in being a Jewish follower of Jesus, and today we go a step deeper.

It gets particularly sticky for the first person in a Jewish family to accept Jesus as Messiah. How should they interact? How will the family respond? How do they live out their new found faith in the Messiah amongst family and friends who see it as heretical? It is tough being a follower of Jesus as a Jew!!

Of course there is nothing wrong with continuing to observe Jewish feasts and partake in cultural celebrations. One does not cease to be a Jew when he decides to follow Jesus. In fact, there is nothing more Jewish than following Jesus! However, consider this:

These things are part of our Jewish-Israeli culture, like seasoning to spice up our meals. So if Jewish culture is like seasoning every person must decide for himself how much seasoning he wants to add.

Now another key question that will take us back in history and reveal yet another split: If the first Christians were Jews, how did the movement of Jewish following of Jesus turn to Christianity apart from Jewish roots?

When Christianity began spreading to Gentiles, major cultural differences entered in. The Greeks and Romans of that day were extremely influential and their culture was filled with mythical gods and idols. Early Gentile believers were just as challenged as early Jewish believers because their cultural backgrounds were steeped in something other than a single God of the universe who was totally in control, and who sent His Son as a sacrifice for sin. Not only that, Jews, steeped in the law, were on the opposite extreme from Gentiles who were steeped in paganism.

False teachers began distorting the Old and New Testaments (as they were being written) for political gain. It is no wonder Paul wrote epistle after epistle addressing false teachings primarily of the Gentile world, while John and others continued laying foundation, primarily in the Jewish world.

In about the 4th century, Rome established the Catholic church, and ultimately protestant churches of every flavor broke off from that. A remnant of believers (both Jew and Gentile) remained faithful to God’s Word, but Judaism and Christianity were headed down two different tracks. (First, Jews split between followers and non-followers, then Jewish followers were split from “Christians!”)

Fast forward through history and we find example after example of persecution of Jews in the name of Christianity. Here are just a few examples:

Yet, God was faithful to sustain His chosen people and bring them back to the chosen land! But it wasn’t until fairly recently that Jewish-Christian relations began to mend and the Messianic movement in Israel began to take off! That is an encouraging chapter in the history of Israel and the Jewish people, and one we will look at tomorrow!

See you right back here for the last installment of this short series! Meanwhile, also take advantage of the prayer guide posted each afternoon this month. The outpouring of prayer for Israel is important and I hope you will join us for that!