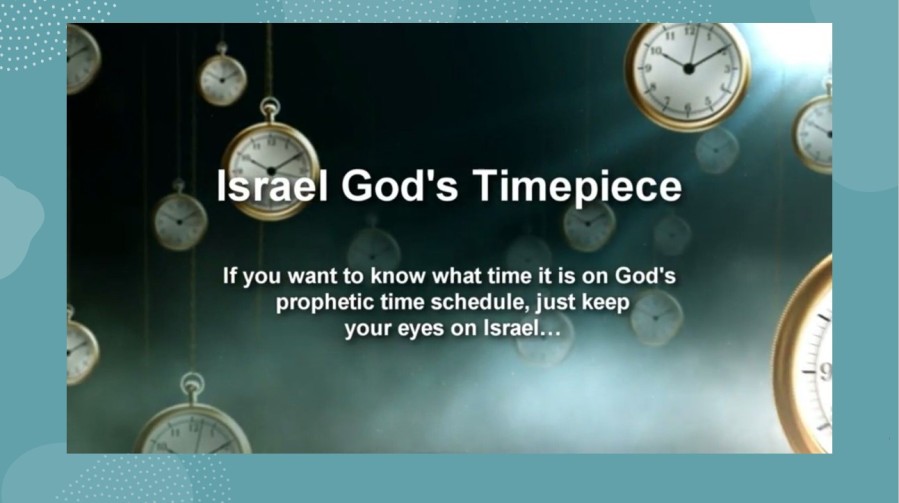 Hi friends! Did you know that Israel is God’s calendar and time piece? Since the time of Abraham, when God called him out of pagan idol worship in the land of Ur (modern-day Iraq) to a new land (Canaan), God put forth a specific nation and a specific people group to carry out a very unique mission. Abraham became father of the Jews (see Genesis 12 and 15), and God promised him land and descendants.

The promised land was Israel (plus some, but Israel did not conquer all God promised to give them), and Abraham’s descendants are the Jewish people. They were commissioned to bless all the families of the earth (Genesis 12:3), and certainly God brought that about when Jesus, the Messiah, came to be crucified for our sins, buried to abolish guilt and shame, and rise again on the third day to give us everlasting life!

But God’s plan for both Jews and Gentiles goes even deeper than that, and Jews throughout the ages began to realize that the seven major feasts were demonstrations of God’s faithfulness to them. To us as Christians, we see those feasts as foreshadows of God’s promises, and as a calendar of what to expect throughout history.

We’ve posted several detailed posts regarding the feasts, but here is a snapshot:

But what fills in the gaps for us? How do we know what comes next? Honestly, there are no other Bible prophecies that must happen before the rapture. Jesus could come for us at any time. Yet, we also know of a great battle that will take place either shortly before or very soon after the rapture, and that is an invasion of Israel from the north, led by a madman out of Russia and joined by equally madmen from the areas of Iran, Turkey, Libya and Sudan/Ethiopia. (See Ezekiel 38 for those details!)

Now, here is the point: God has placed Israel at the center of the universe, and Jerusalem at the center of Israel! Nothing happens in end times that doesn’t have much to do about Israel! The Bible doesn’t talk about the US, Europe, China or any other nation on earth EXCEPT as they relate to Israel. Israel is the apple of His eye, and also the eye of the storm. They are the epicenter of all God’s plans for Israel and the nations. Therefore, the eyes of the wise are always on Israel!

Ezekiel 38 clearly indicates that Israel will be prosperous and secure when that invasion from the north takes place. In reality, the players are already there. (Have you paid attention to the news in the last 10 years?) Thus, it is even more important to keep our eyes on Israel.

Pastor Jack provides more insight in this 3 1/2-minute clip, so listen up!

Hey, by the way, our tour group heads to Israel on February 17 and I’m inviting all of you to travel along with us! I’ll be posting the same preparatory material we provide our tour guests to help you prepare along with them, then we’ll post live from Israel! Now is a great time to save Looking4theBlessedHope.com as a favorite and follow along with us. It’s the next best thing to being there!