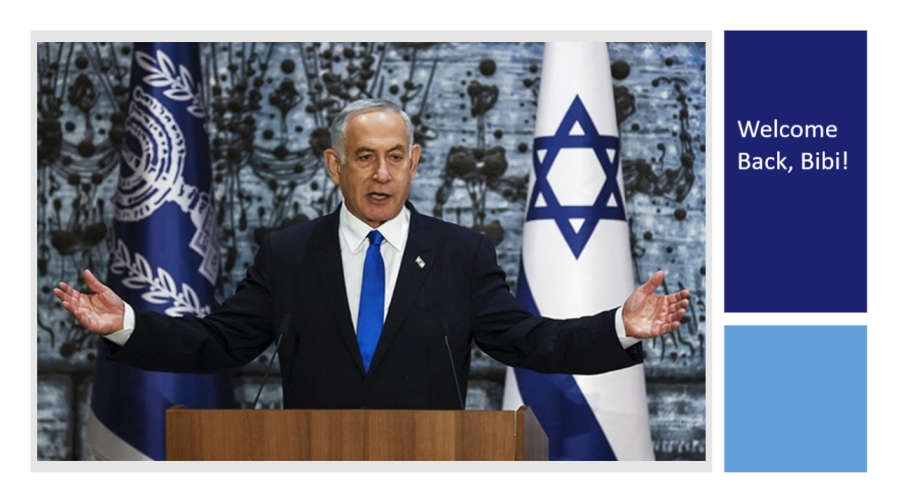 Welcome back friends! We’re closing out a short series evaluating Benjamin Netanyahu’s new government in Israel. As a powerful statesman on the world stage, Benjamin Netanyahu has proven his mettle many times when it comes to managing a tiny nation in a very brutal neighborhood. If any Israeli is able to lead his country in strength, it is Benjamin Netanyahu. How long will he be tolerated by the liberal left in Israel is anyone’s guess. Similar to Donald Trump in America, Netanyahu has plenty of naysayers in the conservative wing also, so it remains to be seen how long and how well he can navigate the Israeli political maze.

If you missed the two previous posts, we identified potential challenges Netanyahu must face, including pressure from within, pressure from without, the Iranian situation, and Israel’s economy. You’ll find those details in Part 1 and Part 2 of this 3-part series. But, let’s move on to today’s focus.

Is Israeli Leadership Strong Enough and Committed Enough to Back Netanyahu?

While Benjamin Netanyahu has proven to be a strong leader in the past, he was forced to name cabinet members who differ with him in order to win their party’s support in the coalition.  One point of contention is the idea of appointing department ministers over military and police commanders.  This drew the ire of IDF Chief, Aviv Kochavi.

That, in turn, drew criticism from Bezalel Smotrich, who is to assume control over military units if legalities can be worked out. Smotrich accused Kochavi of “grossly intervening.”

Meanwhile, National Security Minister Itamar Ben Gvir made a very controversial visit to Temple Mount.  While I personally believe anyone should be able to visit Temple Mount, it is historically controversial, and at times provocative, when a sitting minister (particularly a far-right one) ascends those grounds which are under Jordanian rule.

When those within the Netanyahu coalition step from the frying pan into the fire, it draws severe criticism and retaliation from Arab neighbors and from the opposition within the government.  A dangerous combination indeed!

How Will Benjamin Netanyahu Handle Religious and Various Other Challenges?

The challenges for Netanyahu are seemingly endless!

There is a religious challenge more expansive than Ben Gvir’s provocative Temple Mount visit.  He is far-right and has raised concerns among minority groups who believe he will turn Israel into a police state.  He is proposing a law seen as fascist by many.  He would become the de facto police chief, without any military or police experience, and would be in charge of border operations.

The fear is he will persecute (or at least alienate) those who are not Jewish, including Christians.  That could have major ramifications to ministries operating in Israel.  Please pray for Christian ministries in Israel.

Finally, Joel Rosenberg identified what he considers Netanyahu’s 3 biggest challenges (some of which we have touched on already):

All very important challenges Benjamin Netanyahu must face during his tenure as Prime Minister.

PM’s are elected to 4-year terms in Israel, but as we have seen, governments easily collapse if coalition members fall out of alignment.  It will be a miracle if Netanyahu can make it 4 years, but if anyone in Israeli politics can do it, it is the cat with nine lives…Benjamin Netanyahu.  Let’s pray for stability and wisdom in these trying days.