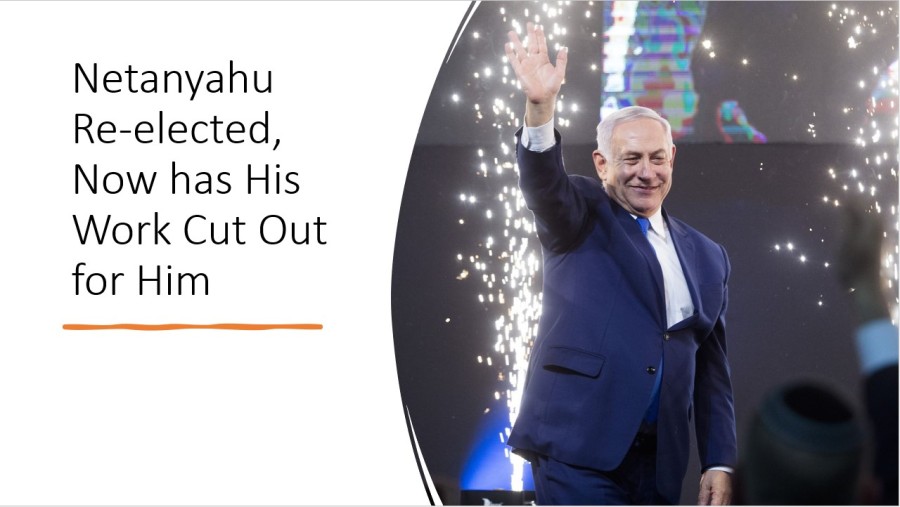 After a year and a half of liberal leftist governance, Israeli voters decided enough was enough. Benjamin Netanyahu’s Likud party again won the majority of mandates and it appears Netanyahu has a coalition of other parties to form the next Israeli government. Assuming the Religious Zionism, Shas, and United Torah Judaism parties agree to sit in coalition with Likud, many consider this a landslide victory (64 – 46 seats) for Netanyahu’s coalition.

But rather than jubilation, conservatives are simply relieved that they dodged a bullet. Zionism was being choked out by the previous regime and now it is time to begin resuscitation.

Emerging news from Israel reveals extreme effort during the election by outgoing PM Yair Lapid to get out the vote of the three Arab parties in order for them to reach the electoral threshold of 3.25% of the vote. The more Arab parties to gain seats in the Knesset, the fewer seats Netanyahu’s coalition would win. So, Lapid would prefer to jump in bed with Arabs than stand for the right of Israel to retain their territory and rights as the Jewish homeland.

This follows on the heals of Lapid’s decision to give away Israeli gas rights in the Mediterranean Sea to Hezbollah. In addition, Israel’s  national security, economy, social well-being, international relations and worldwide standing have all been negatively impacted. Trouble is brewing, and it comes as a result of the anti-Zionist sentiments of the Lapid government, leaving the next government with huge messes to clean up.

Israel’s President Isaac Herzog has until November 16 to present the mandate to Benjamin Netanyahu to form a government. Expect those negotiations to go very quickly and a new Netanyahu-led government to commence before Hanukkah (December 18). Perhaps the celebration will kick in during that festive occasion!

Prayers were answered in Israel. Will the same be true in America, where we also see a radical leftist government ripping our country to shreds? Take absolutely nothing for granted, friends. We must pray and we must vote…just as the Israelis did. By God’s grace, Israel and America might once more regain some stability and make the world a better place. Let’s all do our part!