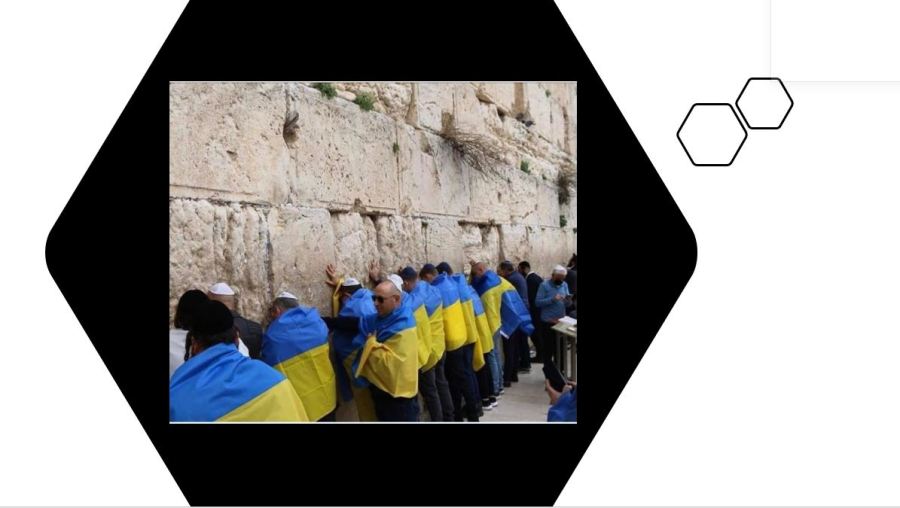 The picture is worth a thousand words.

People around the world, including Jews praying at the Western Wall, are upholding Ukrainians. It can hardly be argued that the Jewish people are not genuinely compassionate and caring. Israel is almost always one of the first nations to provide support and humanitarian aid when a country or region is struck by tragedy, and the Ukrainian tragedy is certainly no exception. Israel has already built a field hospital near Lviv, and is working to open up refugee aid centers on Ukraine’s border.

But perhaps there are deeper ties here. First, Israel is now home to over 1 million Soviet Jews, many of whom immigrated to Israel after the dissolution of the Soviet Union (which included Ukraine) in 1991. Today, there are still over 200,000 Jews, including President Zelenskyy, in Ukraine. Thus, many former-Soviet Jews understand the conflict very well, and they grieve for family and loved ones who remain. (Meanwhile, plane loads of Ukrainian Jews are now arriving in Israel…almost all women and children, as the men stay to fight. Nonetheless, Ukrainian Jews are returning to the homeland.)

Secondly, the world is witnessing behavior of a tyrannical madman (Vladimir Putin) very akin to Adolf Hitler during the throws of the Holocaust. The Russian military is overtly attacking Ukrainian citizens, simply for being Ukrainian. No one understands the “cleansing” of a people group better than the Jewish people. Their hearts break for those facing such trauma.

Just as the Jewish people go to the Western Wall to uphold the Ukrainian people before the Lord, let’s “go to the wall” for the people of Ukraine as well. (Check out The Ukrainian Invasion Brought Close to Heart)