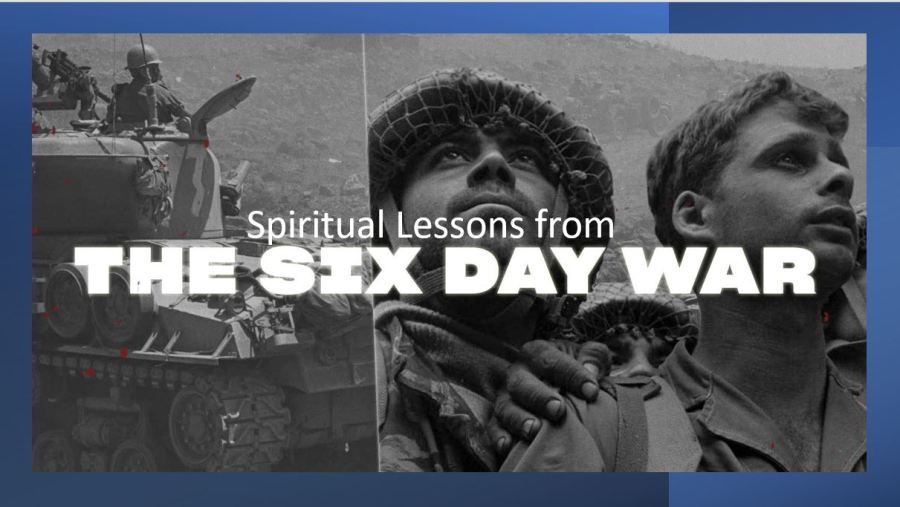 Happy Monday, Bible lovers!  We’re kicking off this week continuing to learn spiritual lessons from Israel’s Six Day War.  In 1967, knowing they were about to be attacked by Egypt and others, Israel sent spies into Egypt to serve in military mess halls as a cover for spy activity.  It was imperative for Israel to know everything they could find out about their enemy, so those spies gathered data on all Egyptian commanders, their movements and battle plans.  It was a key to Israel’s unexpected victory.

Just like Israel, we must also know our enemy if we are to win our battles.  If you have missed previous installments of our Spiritual Lessons from Israel’s Six Day War series, find them here:

Now, let’s consider the power of our enemy, which holds us captive if we are unprepared.  What do these passages tell us about the power of Satan?

Our enemy is deceptive, seductive, destructive, filled with hatred, and yes, very powerful.  If we underestimate it, we risk becoming his prey.  However, his power doesn’t come close to that of our mighty God!  Thus, if we overestimate it, we live in fear.  Our enemy is not all-knowing or all-powerful, but he is our adversary, and we must recognize his activity!

Believers, God has no equal and nothing compares to Him.  Satan is not His opposite.  Satan is finite, God is infinite.  God is the Creator, Satan is created.  Indeed, Satan was once the worship leader in heaven, but something dramatic happened.  Turn to Isaiah 14:12-14 and consider what happened that resulted in Satan being cast from heaven.  What was his downfall?

Satan is under God’s control.  On this earth, he is given some power, but greater is He who is in u (God)s than he who is in the world (Satan).  Satan’s rule will gain even greater power during the Tribulation, before God cuts him off during the Millennial Kingdom. Then God will loose him for one more “final act” before casting him into the eternal lake of fire.

So, let’s close the loop. Who is the opposite of Satan?  Michael the archangel, who wages battle in the heavenlies!  Michael is a warring angel and is commanded by God Himself!  Yes, Satan has power that we must defend against, but trusting in our almighty God is our best defense!

Tomorrow, we take one more step forward in knowing our enemy.  We’ll consider our enemy’s purposes and strategies.  See you then!