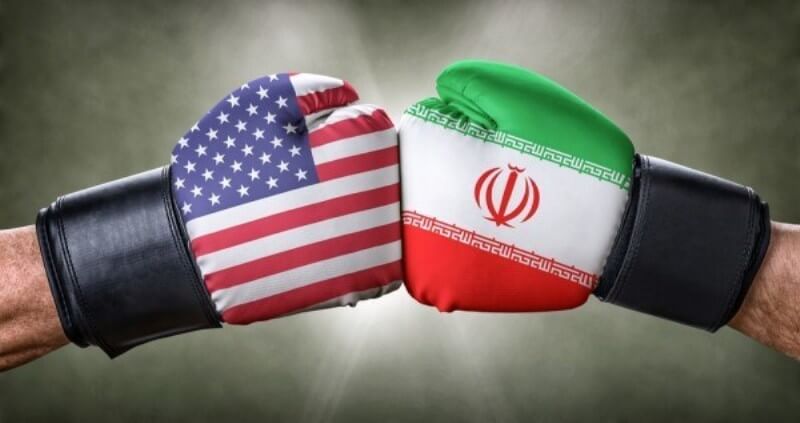 There seems to be significant news that isn’t hitting the airwaves. Based on video evidence, the US and Iran seem to have been engaged in escalated attacks on one another’s positions in eastern Syria, yet if any TV news outlets have covered it, I haven’t seen it. Written coverage is also scant, given the potential ramifications. (Here’s a report, though, from a trusted source.)

Perhaps it is overblown by sources, or perhaps we just cannot trust the media. Perhaps a little of both.

The bigger issue, though, is that while the US and Iran are entangled in tit-for-tat skirmishes that could easily escalate, the Biden administration continues to be laser-focused on signing a nuclear deal with the world’s largest exporter of terror, Iran.

A few days ago, a deal appeared imminent following what was reported to be a final US response to negotiations, agreeing to virtually every demand that Iran made, including release of sanctions and a swift pathway to nuclear weapons (which Iran likely already has). To green light nuclear weapons to a terrorist regime is the height of evil, and a few days ago, the request was made to pray that the God of heaven would somehow sidetrack that deal. Honestly, I believe it is the power of God holding it back, and God is honoring our prayers. Please continue, as there is still an unbelievable push to get it across the finish line. May God completely thwart it.

This is a big deal, not just for America, but for Israel as well. Leadership in Israel has made it clear that, because Israel is not a part of that deal, they are not bound by it. Thank you, Jesus! That leaves the Jewish state free from the restraints that will likely come. They are already taking necessary action, particularly in Syria, to fend off the influx of Iranian weapons, drones and personnel flooding into Syria and posing an existential threat to the safety and wellbeing of Israel.

Friends, anyone who does not see the Ezekiel 38 stage being set is just not reading their Bible! As believers, we should never stick our heads in the sand regarding God’s plan for Israel and for the nations. To fail to understand Bible prophecy leaves us vulnerable to being blindsided by it.

See, the danger is not in the prophecies themselves. We know exactly how it all ends…and we are on the winning side! However, the danger is in either turning a blind eye to prophecy or just neglecting it altogether, when it makes up about 30% of the Bible!

Some say, “It’s too scary!” Those who believe that haven’t studied it, or they haven’t come to full trust in the sovereign God who knows all things, and is allowing the evil of this world to drive history toward His mighty redemption! You see, nothing is out of His control, and nothing is falling apart. It is falling into place.

So, prophecy is not meant to scare, but to prepare! It should motivate us to be about the Father’s business, to share the Gospel of Jesus Christ to a lost and dying world, to live our lives as if every day matters, and to diligently keep looking for the Blessed Hope!

Our God will save us from the wrath to come (the tribulation), and He is even now preparing a place for us, so that where He is, there we may be also! (See 1 Thessalonians 1:10 and 5:9 and John 14:1-3) Meanwhile, we’ve got work to do….our Father’s business!

Be diligent, friends! This is no time to take a breather.