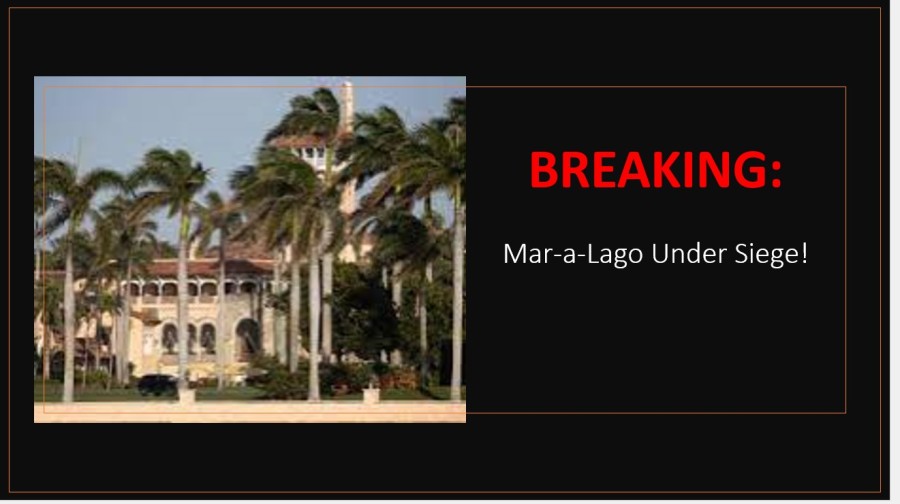 Hi friends. It is an incredibly sad day in America. A purely politically-motivated raid by the FBI is underway at Donald Trump’s Mar-a-Lago home.

I have said many times, and will say again: I am not a fan of Donald Trump, the person, but no president in recent history (particularly since Ronald Reagan) stood more strongly for moral values and American greatness than Trump.

I have also stated many times that America is NOT God’s timepiece in end times prophecy….Israel is. However, a weak America has opened doors for an evil coalition to gain momentum. Russia is obliterating a nation (while condemning Israel for defending itself against rockets from Gaza). China is headed for takeover of Taiwan. The Biden administration is about to jump headlong into bed with the Iranians, as they have agreed in principle to a nuclear deal with the ayatollahs. Turkey is condemning Israel, and so are many other countries.

Of those, China is not named in what is thought by many to be the next big confrontation in the Middle East: the invasion of Israel by the Russia, Iran, Turkey coalition.

A weak America has allowed this. All those parties were in check under the Trump administration, and the globalists cannot stand it! Therefore, the radically-left controlled justice apparatus has declared all-out war on a former president, and the radical left media will run interference and give cover to this atrocity.

As America declines into irrelevance, expect evil players in Bible prophecy to rise up and take advantage of the season! No wonder Jesus warned us to know and understand the season in which we live! (Matthew 16:1-3, Luke 12:54-56)

Here is information about the raid at Mar-a-Lago.