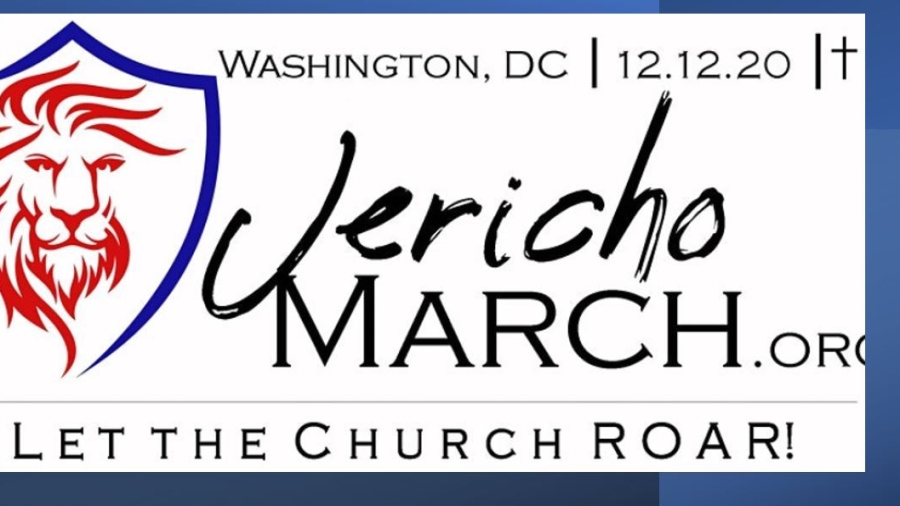 Hi believers! If you grew up in Sunday school, you’re humming the tune or singing the song right now! If you did not, you’re thinking, “What in the world is she talking about!?!” Please stay with me…this is all going to make perfect sense!

Joshua 6 gives us a clue! While you are turning there, here is some very broad context: Thanks to miracle-after-miracle, Moses led the Israelites out of Egyptian captivity, toward the Promised Land. Along the way, God supplied all their needs. Experts estimate between 1-3 million men, women and children made the journey. How did they eat? What did they drink? How come their shoes never wore out?

God…God…God! Only He can do those things!

They were also chased by the Egyptian army and pinned with their backs to the wall at the Red Sea. No problem! God gave Moses commands, Moses obeyed and the Red Sea split, allowing them to cross. In all, the wandering lasted 40 years and, alas, a new leader, Joshua, would cross over the Jordan River with the multitudes into the Promised Land.

But wait! The Jordan River was at flood stage, deep and swift, and surely many would drown. Again, God made a way for them to cross over. Only God could do that!

That brings us to Joshua 6. Once in the land, Jericho laid just beyond their crossing point, and Joshua and the Israelites needed to conquer that city in order to take possession of the land God had promised them. But, it was a large, walled city filled with valiant warriors, and they had no tools or weapons to overtake it. Yikes…what on earth would they do!?!

In obedience to God’s command, Joshua gave the orders and the people obeyed…and guess what happened when they shouted!?! Yes…the walls came tumbling down! (Now you understand the title…right?)

Only God could do that!

As Christians, we are given special “weapons of war!” We are given wisdom from God and the power of the Holy Spirit. In fact, we’re vessels in the hands of a master craftsman. As citizens, we should apply those weapons of war, particularly when we’re backed up to the Red Sea, stopped at the Jordan River, or are left seemingly inadequate against an overwhelming foe!

Today’s obstacle is the preservation of our Constitutional Republic! There are evil forces of darkness (as described in Ephesians 6:12) in our midst. Multitudes of people are calling evil good and good evil. They are totally ignoring viable evidence that at least warrants an investigation. The “media-ites” are lying to us, while supporting and pushing a globalist agenda being perpetrated by big government, big tech, and big money. The spiritual forces of darkness are blatantly trying to destroy (among other things) our electoral system. Once that is gone, globalists have their way and religious freedom, sanctity of life, support of Israel and all we hold dear are gone.

We must take a stand. In past days, we have publicized how to contact your elected officials. I hope you did that. You have also been encouraged to pray. Keep doing that!

Now, I urge you to join with other believers and like-minded people in marching around our capital buildings, just as God commanded the Israelites to march around the city of Jericho. The Israelites must have known they “didn’t have a chance” at overtaking that city…but they trusted God and obeyed Him. It may seem we “don’t have a chance” in putting our electoral system back on track. But I ask you this: Are you willing to trust God and step out to do something that seems totally insignificant in light of what seems impossible?

If you live in or near the cities listed to the right, show up at your state capital (or our nation’s capital in Washington DC) at noon tomorrow and participate in the Jericho March! If you don’t live near those cities, gather some friends and march around your block with the same faith that God hears your prayers just the same!

Why does it matter? Because at this point in history, as goes America, so goes the world. Globalism is knocking at the door. If the US welcomes it in, the floodgates will open and our freedoms will be gone, life will have no value, and Israel will be left to stand on her own.

Dear friends, the Bible describes those things as the tribulation. I am not suggesting that even our prayers will cause God not to fulfill those prophecies. One day, they will be fulfilled. However, we don’t know how much longer the Lord will tarry and while we are here, we MUST be about our Father’s business.

Friends, we need a miracle today…and only God can do that!