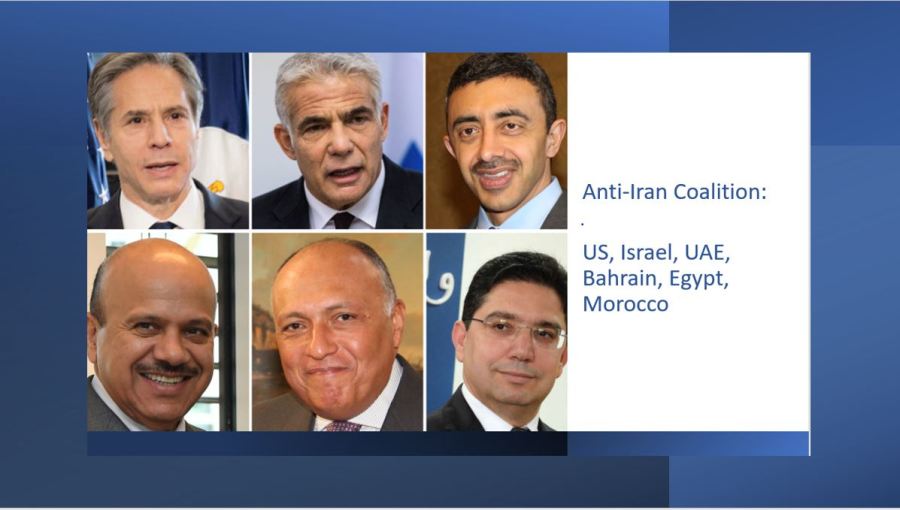 Through terror proxies, Iran is consistently launching attacks and antagonizing Israel and her allies. From drone attacks on American targets in Iraq, to assaults on targets in the UAE, to attempts to destroy oil facilities in Saudi Arabia, Iran is very active while the world’s eyes are on Ukraine.

Following a significant Iranian-backed Houthi attack on Saudi oil facilities on March 25, Israeli Prime Minister Naftali Bennett issued a rare statement condemning attacks in Saudi Arabia. Israel’s condemnation on behalf of the Saudi kingdom is clear evidence of the strength of alliances which have surged since the signing of the Abraham Accords.

This occurs just days before US Secretary of State Antony Blinken met with Israeli and Arab counterparts in Israel. It is believed Israeli officials are spearheading the formation of an anti-Iranian coalition comprised of high level officials from Israel, America, UAE, Bahrain, Egypt and Morocco.

Meanwhile, the United Arab Emirates are hosting the  Abraham Accords Festival and Games as part of Expo 2020 Dubai. (Yes, 2020! It was postponed and has now run for a considerable time.)

If there are any doubts that the Abraham Accords are having an impact, one needs simply to observe the cooperation in many facets of government, sports, entertainment, agriculture, military cooperation and much more between the Accord partners and other associated allies (such as Saudi Arabia).

Those who understand Bible prophecy find none of this as a surprise, as nations are aligning exactly as various prophecies indicate the will! For the clearest example, read Ezekiel 38.

We’re seeing signs of the times!