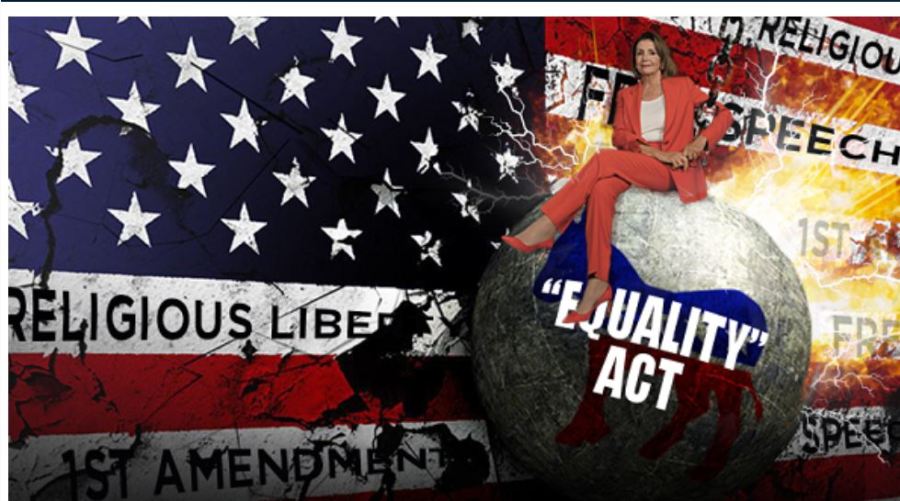 Nancy Pelosi’s bill, the Equality Act, is anything but! In fact, the American Family Association stated it well: the bill “is designed to wield a wrecking ball to religious liberty. The bill has nothing to do with equality, but everything to do with punishing Christians’ religious freedoms.“

The bill has already passed the House of Representatives, and if it passes the Senate, Joe Biden will sign it into law immediately. The assault on pastors, churches and Christians will then have no limits.

Not only that, the bill makes way for men who identify as women to enter women’s restrooms, locker rooms, safe houses, etc. That puts women and children at tremendous risk. Women’s sports will be overrun by biological males identifying and competing as women. Physicians could be forced to perform procedures that violate their moral beliefs.

In other words, as a Christian, you will have no rights, and neither will any other moral person.

It is critical that we use our voices to make it clear to our elected officials that we DO NOT and WILL NOT stand for this. In this case, the American Family Association makes it extremely simple to voice your opposition to your elected officials. Here is their call to action:

Tell Your Senators to Vote “NO” on the Equality Act

Friends, the days are past that we can say, “I don’t want to get involved in politics.” If we don’t speak up to our elected officials, we will be left to the whims of radical, far left liberals who not only want to shut us up, but to lock us up if we dare speak truth. Now is the time…please make your voice heard!